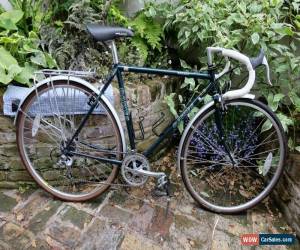 Dawes Galaxy Reynolds 531ST Touring Bicycle 21" 1997.
Only active owner by whom I'd told the bike was ridden for approximately miles in total.
Entirely original and in near new condition, an exception being the tyres, which due to age have seen the rubber deteriorate sufficiently to need replacing.